The first magnets used were natural stones called lodestones. The word "lode" means lead and so the stone was used to magnetize compass needles and lead sailors home. 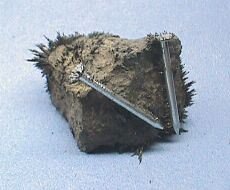 The Earth has a magnetic field and north and south poles - operating as if it has a magnet in its center.

Magnetic pull is strongest at two points - the north and south poles.

Magnets can be found in your telephone, stereo, vacuum cleaner, refrigerator, washing machine, car, TV, VCR, and your doorbell to name a few. 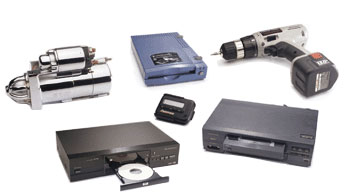 Ten Facts about Magnets
(from the book Driving Force)

4. Magnetic forces act at a distance.

6. A coil of wire with an electric current flowing through it becomes a magnet.

7. Putting iron inside a current-carrying coil increases the strength of the electromagnet.

8. A changing magnetic field induces an electric current in a conductor.

10. A current-carrying wire in a perpendicular magnetic field experiences a force in a direction perpendicular to both the wire and the field.